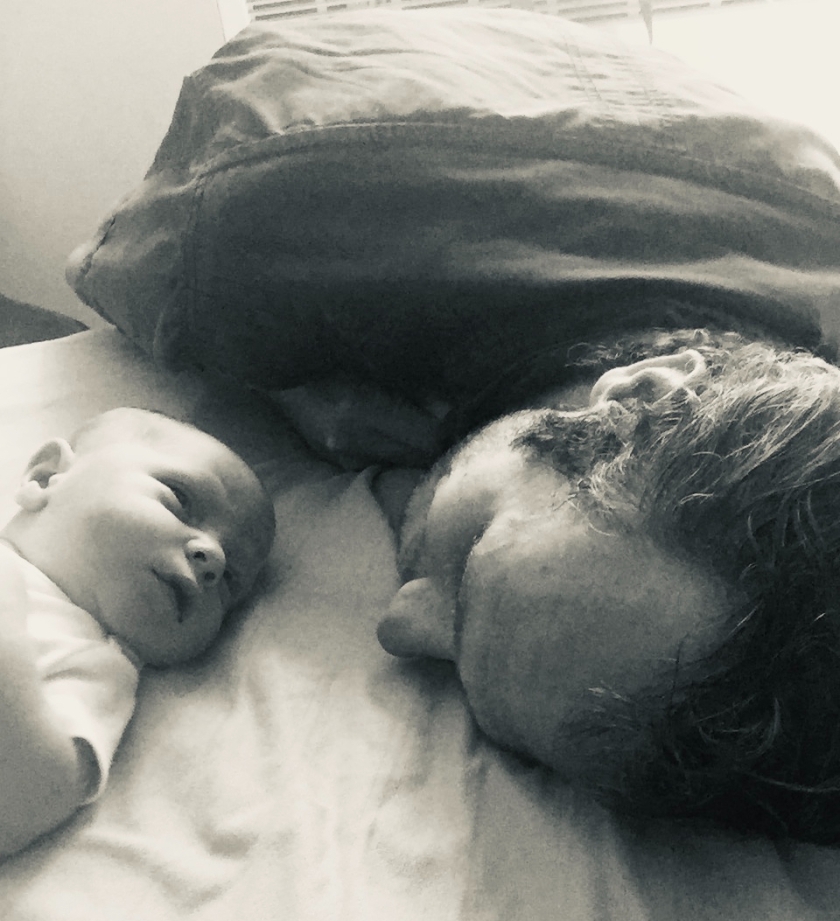 So we all remember that magical moment when you find out you are expecting your first child. The romance, the joy, that feeling of fulfilment.

I was on my lunch break on a freezing cold day in December, munching on a double cheeseburger whilst walking back to work when the call came.

THE WIFE flashed up on the phone and I answered, wondering what chores I had forgotten to do that day and thinking of my excuses already. The news was far scarier than I imagined, we were having a baby!

So all of those magical emotions had to be surpressed as I returned to work, it was not the time to tell the world and life around me carried on as though my world being shattered had no affect at all. It was not until 6 hours later when I arrived home that the reality began to sink in… we have created a monster!!

Panic began to set in. We need to quit smoking. And Drinking. And gambling. And everything else. We need a career change as we won’t survive on this money and we need to move to a bigger house in a better area to bring up a child. Why are our lives a disaster and how can we fix all this in just 8 months to make our new arrival think his parents are normal?

Fast forward. The time has come and the 9 months is up, the missus is looking fantastic (she will read this) and is certainly not looking anything like a bowling pin. We know it’s a boy and his name will be Dylan, yet he is still not keen to grace us with his arrival despite midwives having suggested he is likely to be early due to his size and early efforts to escape the womb. Another 2 weeks drift by peacefully until the day comes to induce the wife and force the little man into the big world.

What followed next was nothing short of a horror story. Three days of blood, screaming, needles and other bodily fluids mixed with a combination of mind-altering chemicals turn my usually sharp minded and witty wife into a dribbling moron. The midwife desperately tries to make conversation with this monster and asks what the boy’s name will be, “Robbie, or that other name I can’t remember,” the monster replied.

The entire ordeal ends in surgery with a forceps delivery. The surgeon tries to hand me the blood covered new addition to the family but after nearly 4 days of no food or sleep and fearing for the safety of wife and baby, I’m in no condition to take him. Apparently it was quite tough for the wife aswell. After 2 minutes reality kicks in when I cut the cord and hold the Cutest thing I have ever seen in my arms. Welcome to the world Robbie Lucas.

Thank you for reading my first ever attempt at a blog, I hope you enjoyed it. Robbie is now 18 months old and I will be writing more about all the stages of both father and son growing up. Please leave a comment below if you liked the story and I’m sure you will love the next chapter of Dad’s diary.

The diary of Dad- Part 2

A not very brave new world The world had changed. I was Dad. As I held the little man that I had a very small part in creating for the first time, I knew that life would never be the same again.

21 great ways to entertain a toddler

Toddlers are funny things. They require constant attention and play just to keep their busy minds away from all their troubles in life (mainly teeth.)

Thursday is always a day of rest in our house as Robbie goes to visit his friends at Chestnut Grove nursery in Clacton-on-Sea.

45 thoughts on “The Diary Of Dad- The First Entry”