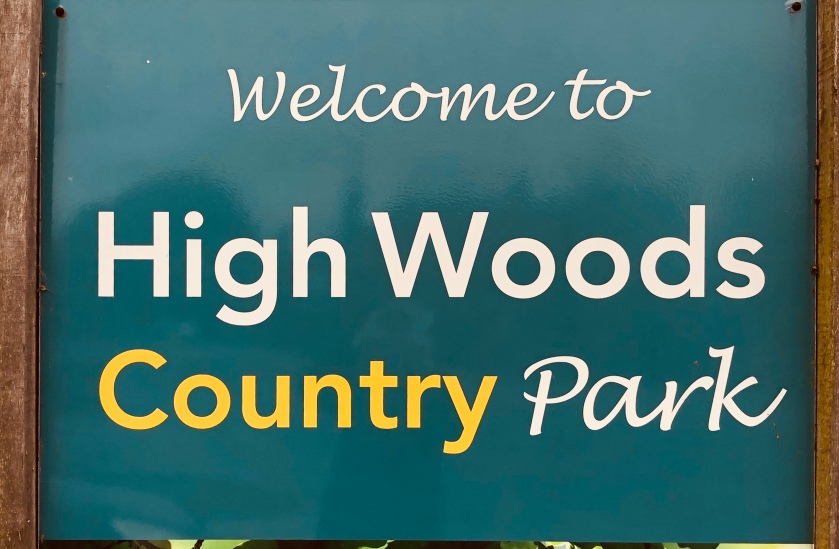 Lockdown has been tough on us all but one of the few silver linings of it all is that many of us are now spending more time outside and enjoying the beautiful walks and country parks nearby. We spent the day at High Woods country park in Colchester and wanted to share some of the amazing sights we found.

Whether it is through lack of other options or just his nature is unknown but it’s clear that our son loves the great outdoors. We take him down to our local woods in Clacton a few times each week but decided today would be time for somewhere a little more adventurous and made the trip to a much larger site for him to burn off a little energy.

High Woods park is huge in comparison to any of our local venues. From the car park, there are play areas almost as soon as you enter the woods which is perfect families. There are swings, climbing frames and small rock climbing equipment ideal making it ideal for kids of all ages. We stopped for a little play but Robbie was far more interested in chasing the numerous squirrels sharing the area with him and we wanted to get exploring as soon as we could!

We wandered through the woods, keeping our eyes open and counting the squirrels we spotted until we reached a clearance in the trees after around five minutes which led to a beautiful park and lake area.

There was plenty of open grass for Robbie to have a little run and play before reaching the lake and checking out the ducks. Luckily for us, a small group of them appeared happy for us to join them on a stroll around the edge and our boy was to excited to walk alongside them quacking for a few minutes. I don’t know what they were all talking about but Robbie found it hilarious.

As we headed back towards the woods, we were briefly joined by a couple of baby rabbits. They were not quite as keen to play with us as the ducks had been and also had an infuriating knack of vanishing as soon as I pulled out a camera, so you’ll just have to take my word on this one!

We soon come across a small pond where we could take a look a a few more ducks, aswell as some newts and tadpoles before making our way through a wonderfully colourful bluebell area and up towards the orchards.

Sadly for us, the orchards were shut. We are not sure whether this is due to COVID-19 or simply the time of the year but we will have to check back next time we visit to find out what we missed.

On our way towards the play areas we spotted a couple of dens that had been made from fallen trees and branches. Ever curious, we were never getting away without letting Robbie have a good explore around them!

At one point it seemed as though he was happy to leave our house and make one of the dens his new residence but at least he was kind enough to allow me in for a couple of cheesy pictures with him.

It would be a lie to say there was still time for another session in the playgrounds. We had spent far longer exploring High Woods than we had planned, but we did it anyway! By the time we were finished and reached the car we had one exhausted little boy, as well as a rather tired Mum and Dad.

High Woods is huge and when you mix in a little bit of running, climbing and exploring there is more than enough to wear down even the most hyperactive child.

We will certainly be returning again very soon and would highly recommend anyone in the area to check it out. If you have already been or know other great spots we may like to explore, please drop a comment in the box below. See you all soon, Steve.

More posts you may enjoy:

New year is be a strange time, full of hangovers that last too long and resolutions that fade away too quickly. Luckily for me I have grown up into a smart man and only had to deal with one of those issues this year. I’ve never liked resolutions anyway.

Things change pretty quickly in life, particularly when dealing with toddlers. It goes without saying that being annoyed or at least slightly frustrated is 99% of parenting but there are a few little things that are far more infuriating than your average dad rage.

The final part of our fight to quit smoking. Including a few tips and tips to help with the struggle alongside my own personal story.