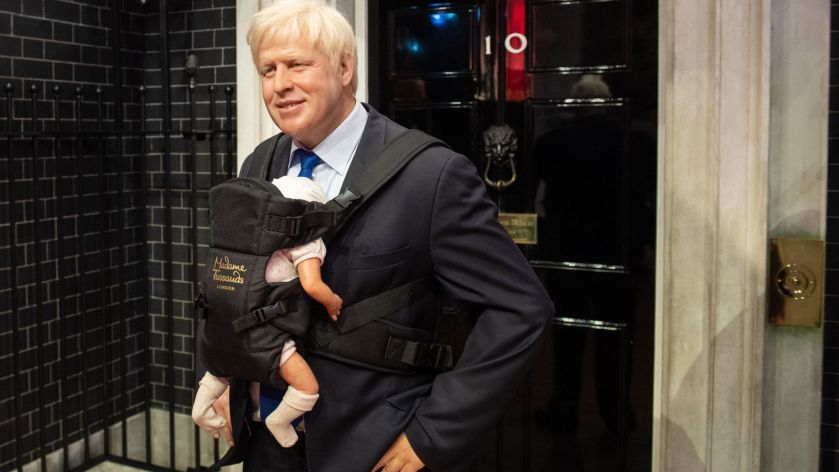 Let’s face it, the last few weeks have been a little bit rough. Coronavirus has done so much more than just spread a lethal illness, it has completely wiped all toilet roll from the planet and destroyed our supplies of pasta which is a real issue for us all.

There has been some good news in the parenting world though as our glorious leader Mr Boris Johnson and his fiancé Carrie Symonds have announced that they are expecting a baby!

Now don’t worry I am not about to go all political. I really have very little care for politics at all. However the news of a little baby coming to join the world is always great to hear and met with congratulations and well wishes. On this occasion though, it has left me feeling a little uneasy.

Becoming a Father is nothing new to Boris. He started breeding 26 years ago and by all reports it appears he is very good at the conception part of being a Dad. The main issue is that nobody really knows just HOW good.

Boris has frequently refused to answer any questions relating to how many children he has. Whilst any other parent would answer this with joy as we all love talking about our kids to the point of boring those around us. These refusals have led to widespread questions about both the number of offspring and his ability as a parent.

Even the oracle of all knowledge, Wikipedia, has the amount of children listed as ‘5 or 6.’ The number could even be higher but here is what we know.

In his previous marriage Boris had 4 children, now aged between 20 and 26. They have all turned out pretty well after high levels of education and now are holding down solid careers. There is no reason to suggest they have been affected by poor parenting, though they have all stuck by their mother following the divorce.

The fifth child is where things begin to get a little confusing. Stephanie is now 11 and at the time of her birth Boris denied being the Father and refused to have his name put on the birth certificate. Furthermore, once it became clear that he was the biological Father he took to the courts to prevent her existence being reported.

Unfortunately for our PM, not only did the judges rule against him, their closing statement that ‘The Father’s infidelity resulted in the conception of children on two occasions” makes a clear suggestion that baby number six is out there somewhere. He has never been a part of Stephanie’s life.

All we can hope for it that this next child will be treated better. The baby is not a result of any pre-marital affair and the couple are living together in Downing Street and due to give us the first Prime Minister’s wedding in 250 years. Of course it will be Boris’ third but a first for Carrie.

The sad truth is I don’t trust the man who runs our country to be able to take care of this baby. Carrie Symonds on the other hand is ready for her first child, first wedding and starts with a clean slate. I sincerely hope that she can maintain this family and perhaps even find a way to succeed where those before her have failed and find a way to make Boris keep it in his pants. The couple have already had problems together after police were called to their home last year after a domestic disturbance but it seems this is now behind them.

So there we go. That is my ‘good news’ story for the week. Those that feel I may be being a little harsh on Mr Johnson may enjoy these quotes from an article he wrote in 1995, all those years before he started abandoning kids and their mothers. Mr Johnson wrote in an article for for the spectator in 1995 that the children of single Mothers are ‘Ill raised, ignorant, aggressive and illegitimate,’ before going on to suggest it was ‘feeble’ for a man not to ‘able to take control of his woman.’ Sympathy lost.

Of course I wish them all the best and genuinely hope that I am proved wrong for the sake of the child, but I doubt it. Thanks for reading!

More of my rambling…

Breastfeeding VS Fed is best- A Dad’s view

The internet is full of advice and views on breastfeeding, though very few of these will have been written by a man, so I know this is risky!

21 great ways to entertain a toddler

Toddlers are funny things. They require constant attention and play just to keep their busy minds away from all their troubles in life (mainly teeth.)

The dangers of caffeine

We all love our caffeine but can too much be lethal?

One thought on “Boris Johnson, a new Dad”